In his role, Arvind Krishna leads the IBM business unit that provides the cloud and data platform on which the company’s clients build the future. His responsibilities include IBM Research, IBM Cloud, and IBM’s Security and Cognitive Applications businesses. In addition, he drove the company’s acquisition of Red Hat and oversees its IBM-Red Hat synergy efforts. Arvind leads the unit’s strategy, product design, offering development, marketing, sales and service. He also guides IBM’s overall strategy in core and emerging technologies including artificial intelligence, quantum computing, blockchain, cloud platform services, data-driven solutions, and nanotechnology. Previously, he was general manager of IBM Systems and Technology Group’s development and manufacturing organization, responsible for developing and engineering advanced semiconductor materials through microprocessors, servers, and storage systems. Prior to that, Arvind was general manager of IBM Information Management, which included database, information integration, and big data software solutions. He served as vice president of strategy for IBM Software. He also held several key technical roles in IBM Software and IBM Research, where he pioneered IBM’s security software business. Arvind has an undergraduate degree from the Indian Institute of Technology, Kanpur (IITK) and a Ph.D. from the University of Illinois at Urbana-Champaign. He is the recipient of distinguished alumni awards from IITK and the University of Illinois, is the co-author of 15 patents, has been the editor of IEEE and ACM journals, and has published extensively in technical conferences and journals. 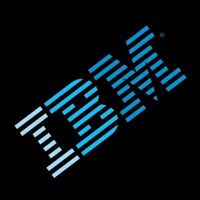