Mr. Noboru Yamagata is a graduate in Economics from Keio University. He was appointed as a Vice-Chairman on the Board of IFFCO-Tokio General Insurance Company Limited on 11th July 2019. Mr. Yamagata is the Managing Executive Officer of Tokio Marine Holdings and has been associated with Tokio Marine Group since 1985. In the past, Mr. Yamagata has worked in various capacities in the Tokio Marine group including Automobile Industry Production Dept., Commercial Lines Marketing Department, etc. He is also the Member of the Nomination & Remuneration Committee of the Company. 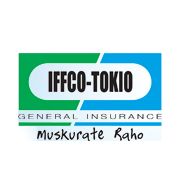