Peter Smibert, Immunai's Vice President of Functional Genomics, earned his PhD in Genetics and Molecular Biology from the Australian National University, and a Bachelor of Science in Biomedical Science and Molecular Biology from the University of Adelaide. Prior to joining Immunai, Peter spent over six years at the New York Genome Center, where he was a Director of the Technology Innovation group. Before his tenure at NYGC, Peter completed his postdoctoral training as a Research Fellow at Memorial Sloan-Kettering Cancer Center, and was a Senior Scientist at the Center for Personalized Cancer Therapeutics at Mount Sinai Hospital. Peter lives in New York with his family. 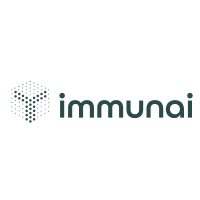