Considered the top environmental startup, Impossible Foods’ mission is to turn back the clock on global warming, stop the extinction crisis and fix the global public health emergency by making our global food system sustainable. Impossible Foods’ scientists’ best known achievement to date, Impossible™ Burger, tastes like beef and is hailed as a triumph of food engineering -- the result of nearly a decade of basic science and hard-core research and development in the company’s headquarters in California’s Silicon Valley.

Under York’s leadership, Impossible Foods will continue to build its food technology platform and expand basic research capabilities to accelerate next-generation products. The company also plans to continue to invest heavily in R&D, doubling the number of scientists on the team within a year.

“Throughout his career, John has contributed to discoveries in biochemistry thanks to his curiosity and risk tolerance,” said Brown, Stanford University Professor Emeritus. “Just as important, he’s a proven and strong mentor and team leader. I’m confident that John will make an immediate, positive contribution and quickly become an inspiring role model within our expanding R&D team.”

Impossible Foods was Inc. Magazine’s company of the year and one of Time Magazine’s 50 Genius companies. The flagship product, Impossible Burger, was named top plant-based burger by the New York Times and received the Food and Beverage (FABI) Award from the National Restaurant Association. 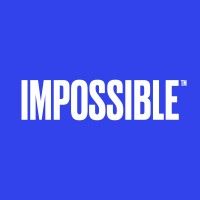