Dash Dhanak joined Incyte in December of 2018 as Executive Vice President and Chief Scientific Officer. With 30 years of broad pharmaceutical and drug discovery experience, Dr. Dhanak joined Incyte from Janssen Research & Development, where, since 2013, he served as Vice President and Head of Discovery Sciences, leading the organization responsible for supporting and enabling the discovery and preclinical development of novel small molecule therapeutics. Prior to his tenure at Janssen, Dr. Dhanak spent 25 years at GlaxoSmithKline in positions of increased responsibility across multiple disease areas, including his last position as Vice President and Head of the Cancer Epigenetics Discovery Performance Unit. Dr. Dhanak received a Bachelor of Science in Chemistry from the University of Manchester Institute of Science and Technology and his PhD from the University of London, both in the United Kingdom. He completed his postdoctoral research in natural product synthesis at Northwestern University in Chicago, Illinois. 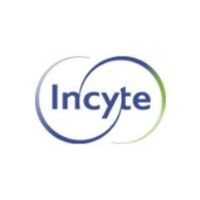