Vicente Reynal is president and chief executive officer of Ingersoll Rand. Prior to Ingersoll Rand, Vicente served as chief executive officer of Gardner Denver since January 2016 and was a member of its board of directors. In this role, he was responsible for leading the company and driving its overall growth and profitability as a global supplier of innovative and application-critical flow control products, services and solutions. He joined Gardner Denver in May 2015 as the chief executive officer of its Industrials Segment. Before joining Gardner Denver, Vicente spent 11 years at Danaher Corporation, a designer and manufacturer of professional, medical, industrial and commercial product and services, where he served as the group president of Dental Technologies from December 2013 to May 2015, leading the KaVo Kerr Group. He also held various other executive positions at Danaher Corporation, including president of the Ormco business from October 2011 to December 2013, president of the Pelton & Crane, KaVo business from 2007 to 2011 and vice president Global Operations for the Danaher Motion Platform from 2004 to 2007. Prior to joining Danaher, Vicente served in various operational and executive roles at Thermo Fisher Scientific and AlliedSignal Corp. (which merged with Honeywell, Inc. to become Honeywell International, Inc. in 1999). Vicente holds a Bachelor of Science in mechanical engineering from Georgia Institute of Technology and Master of Science degrees in both mechanical engineering and technology & policy from Massachusetts Institute of Technology. 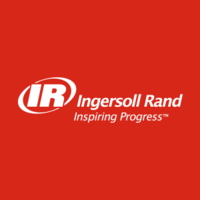