Michael Perone has been a pioneer in the high-tech industry for more than 30 years. Mr. Perone's sales enablement, lead generation, and online marketing strategies have set industry standards that countless other companies emulate today. He co-founded Barracuda Networks (NYSE: CUDA) and, as Executive Vice President and Chief Marketing Officer, Mr. Perone led worldwide communications and marketing strategies, including corporate brand management and identity. Under his marketing leadership, Barracuda grew to over $400 million in annual revenue and executed a successful IPO. Prior to Barracuda, Mr. Perone co-founded and served as President and Board Member for Address.com, a leading free email and Internet access service that reached more than 3.5 million users (acquired by WhitePages). He also co-founded Spinway Inc., a free internet service provider (ISP) that powered retail branded ISPs, including Kmart's Bluelight.com Internet service, Costco, Barnes & Noble, Yahoo!, Home Depot, and many others (acquired by Kmart). Additionally, Mr. Perone co-founded Affinity Path, a private-label ISP that powered and supported thousands of ISPs throughout North America. He previously held systems engineering positions with GE Aerospace. In 2007, he was named by Ernst & Young a "Technology Entrepreneur of the Year for Northern California" award recipient.

Gary Wostasjek served as President and CEO and a member of the board of directors of CyrusOne from 2012 to 2020. Prior to becoming President of CyrusOne, Mr. Wojtaszek served as CFO of Cincinnati Bell Inc., where he had responsibility for the data center business and oversaw CyrusOne's successful spin-off and IPO. Prior to joining Cincinnati Bell, he was Senior Vice President, Treasurer and Chief Accounting Officer for the Laureate Education Corporation. He previously worked at Agere Systems, the semiconductor and optical electronics communications division of Lucent Technologies, where he held a number of finance positions, ultimately serving as the vice president of corporate finance, overseeing all controllership, tax and treasury functions. Mr. Wojtaszek started his career in General Motors' New York treasury group and joined Delphi Automotive Systems as the regional European treasurer in connection with the initial public offering and spin-off of Delphi Automotive Systems from General Motors. Mr. Wojtaszek is currently serving on the board of directors of GDS, an established leader in the China datacenter market. He is also on the board of directors of the Lyle School of Engineering at Southern Methodist University, and the advisory board of Southern Methodist University's Datacenter Systems Engineering Program, Columbia University's Lang Entrepreneur Center, and the Dallas Chamber of Commerce. Mr. Wojtaszek previously served as a director of Cincinnati Bell Inc., the Dallas Zoo, and Tech Wildcatters.

Peter Gross is an internationally recognized technology and energy expert whose career spans over three decades. He is recognized as a thought leader in the mission-critical information, communication, and infrastructure design realm, has published numerous technical papers in the field and is a frequent speaker at international events. Mr. Gross is currently the Managing Partner of PMG Associates, a consulting and advisory firm, and sits on several boards of directors and advisors for public, private, and not-for-profit companies. He previously led the Mission Critical Systems group at Bloom Energy, the premier manufacturer of solid oxide fuel cells. Prior to joining Bloom, he was Managing Partner for Hewlett-Packard's Carbon, Power, and Critical Facilities Services where he was responsible for strategic technology planning and business development. He was the co-founder and CEO of EYP Mission Critical Facilities, Inc., a preeminent consulting and engineering firm dedicated to the design and operation of mission critical facilities (acquired by HP). Mr. Gross is the recipient of 2010 Data Center Dynamics' "Outstanding Contribution to the Industry" award. He is a member of the Advisory Board of UCLA's Institute of Environment and Sustainability and Southern Methodist University's Datacenter Systems Engineering Program. Mr. Gross also serves as Chairman of the Board of SmartNations and is a member of the DCIRN Board of Directors.

"Jimmy, Michael, Gary and Peter are amongst the most respected founders and executives in the digital infrastructure industry and we are extremely excited to welcome them to the Board," said InterPrivate IV CEO Kevin Timmons." "We look forward to leveraging our Directors' acumen and impressive networks to our prospective target universe," added InterPrivate IV Chairman Ahmed Fattouh. 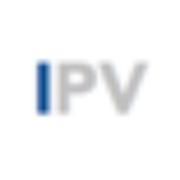