Ci Ci is Chief People & Diversity Officer, leading Intersection’s HR and Facilities teams. She is an innovative People, Diversity, and Culture leader, bringing a unique blend of expertise in developing talent, HR transformation, and Diversity, Equity, and Inclusion (DEI). Prior to Intersection, Ci Ci has led People and DEI efforts at some of the most visible brands in the world such as Viacom and UBS, spanning industries including digital media, entertainment, and finance. Ci Ci has chaired strategic committees for the Executive Leadership Council and has earned numerous awards for her work in DEI, including the Diversity Journal Magazine’s Women Worth Watching Award and the Debra Award from the Anti-Defamation League. She was also named one of the 25 Most Influential Black Women in Business in Network Journal Magazine. 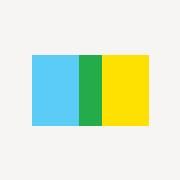