IQM Quantum Computers (IQM) announced today that Helmut Jeggle has joined IQM´s board of directors. He joins the company during a transformational phase. After successfully closing its Series A funding round and selling its first quantum computer, IQM is now ready to lead the European and global ecosystems with a focus on Germany.

"I am extremely excited that Helmut has accepted our invitation to join IQM's board of directors. He has an established track record in building technology businesses and brings in decades of experience in creating global tech giants. He was closely involved in Hexal's business and he has supported BioNTech on its journey towards establishing itself as a global company for more than a decade. We look forward to his contributions in maximizing the potential of IQM and become a global leader for quantum computers," said Jan Goetz, CEO of IQM.

"The amount of data that needs to be processed is one of the limiting factors in many industries. Quantum computers and alternate technologies provide the opportunity to leverage big data more rapidly and efficiently. One exciting application could also be to accelerate and streamline drug development processes. IQM is already building Finland's first quantum computer and is also the leading system integrator in Europe. The German project Digital-Analog Quantum Computing (DAQC) is a testament to how the German government can work together with startups, academia, research and industry partners, to establish Europe as a quantum leader. With IQM, our objective is to develop a deep-tech idea into a global business leader," said Helmut Jeggle.

Helmut joins the IQM board, which is chaired by Dr. Axel Thierauf. Other board members include Dr. Mikko Välimäki, Herbert Mangesius, and Dr. Kuan Yen Tan. 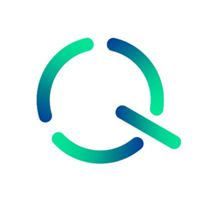