Alex has spent over 15 years of his career evangelizing Spend Management, shaping its evolution and working closely with hundreds of customers to support their Digital Transformation journeys. As CMO at Ivalua, Alex leads overall marketing strategy and thought leadership programs. Alex also spent 12 years at Ariba, first building and running the spend analytics business as General Manager. He then built and led Ariba’s international marketing team until successful acquisition by SAP, transitioning to lead business network marketing globally. Earlier, Alex was a founding member of Zeborg (acquired by Emptoris) where he developed vertical procurement applications. He began his career in the U.S. Cavalry, leading tank and scout platoons through 2 combat deployments. Alex holds a B.S. in Economics from the U.S. Military Academy at West Point and an international M.B.A. from INSEAD. 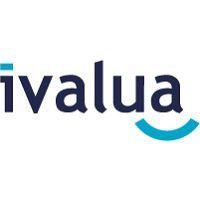