Lee Hampton serves as the Chief Diversity Officer at Jackson College. Lee joined Jackson College in 2005 and has overseen the Multicultural and Diversity Affairs since that time. In addition to administrative duties, Lee teaches for Jackson College as well. He is a graduate of Jackson High School in Jackson Michigan. He is a graduate of Lansing Barber College, Lansing Community College (AA), Central Michigan University (BA), and Siena Heights University (MA). Additionally, Lee is certified through Michigan State University’s Executive Human Resource Management Program. Previously, Lee served as a Coordinator of the Michigan College & University Partnership Program at Spring Arbor University and taught at Jackson High School in Jackson Michigan. Lee is a published author. He serves on many local boards, committees, and advisory groups including being appointed by the Mayor of Jackson to serve on the Downtown Development Authority. Lee also played college basketball for Lansing Community College and Central Michigan University; and he played professionally with a Harlem Globe Trotter affiliate. In 2006 he was one of only 300 young professionals in the nation selected to attend the United States Senate Future Leadership Summit held in Washington D.C. – hosted by U.S. Senator Kay Bailey Hutchison of Texas. Lee is the creator of a student of color college enrollment assessment tool that has been implemented at Jackson College. This tool significantly assists colleges and universities to better understand students of color upon enrollment. The assessment tool in a partnership between Jackson College and Qualtrics Technology Company has been sold to institutions of higher education throughout the United States of America. Lee is a nationally sought after presenter (on topics around his research on effectively educating students of color in the 21st century) and has presented at colleges, universities, and conferences throughout the United States. Throughout his career, Lee has been honored with dozens of awards and recognitions including several special recognitions from U.S. Congress and being recognized as Jackson College 2015 Administrator of the Year. He is married to his best friend, Melinda, and they have ten wonderful children. They reside in Jackson, Michigan. 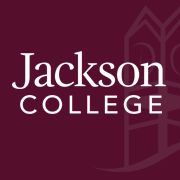