James Monn, PhD, obtained his bachelor of science degree in Chemistry from St. John’s University (MN), his doctorate degree in Medicinal Chemistry at the University of Kansas and his postdoctoral training at the National Institutes of Health. Jim took a position as a senior organic chemist at Eli Lilly and Company in 1989, focusing on the discovery of novel agents for the treatment of CNS disorders and has continued to work on CNS-associated targets since that time. Following 28 years of service, Jim retired from Lilly in December of 2017. Since then, he has worked as an independent scientific consultant and as the head of chemistry at Anagin, Inc. He has recently been named adjunct senior research professor in the department of clinical pharmacology at the Indiana University School of Medicine. While at Lilly, Jim was regarded as an accomplished scientific team leader, guiding several multidisciplinary teams toward the delivery of clinical candidates. He is internationally recognized as a pioneer in the discovery of novel therapeutic agents targeting metabotropic glutamate receptors including Eglumegad and Talaglumetad-HCl (Anxiety Disorders), Pomaglumetad Methionil (Schizophrenia) and LY2979165 (Psychosis and Agitation in Dementia). Jim also held roles as a scientific group leader, advisor to numerous drug discovery teams, mentor to less experienced scientists and was a member of various discovery oversight groups. While the majority of his research has centered on glutamatergic mechanisms for the treatment of psychiatric and neurologic disorders, Jim has had leadership responsibilities for discovery teams focused on other target classes including voltage gated ion channels, enzymes, and protein-protein interactions. Jim has authored or co-authored over 100 peer-reviewed publications, 18 reviews and book chapters, 200 abstracts and is recognized as an inventor on 40 patents. 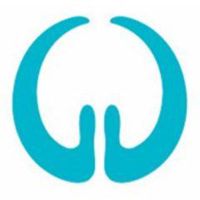