Alexander Moiseev is the Chief Business Officer of Kaspersky, responsible for sales strategy and marketing globally. Prior to this role, Alexander was Kaspersky’s Chief Sales Officer, where he led global sales and new business development. Having joined Kaspersky in 2006 as Business Development Manager for Italy and Israel, it took only two years for Alexander to be promoted to Managing Director of Kaspersky Italy and Mediterranean. In 2014, Alexander was appointed Managing Director of Kaspersky Europe, taking responsibility for its operations, and ensuring the commercial success of the company’s many products, solutions and services within the region. Since 2011, he has worked concurrently as Head of Kaspersky’s Global Partnerships and Sponsorships, team, developing the company’s global sponsorship projects – the biggest of which is the partnership with Scuderia Ferrari. He is also one of the driving forces behind the company’s technology and innovation investments in transportation systems cybersecurity. Alexander graduated from Moscow State University with a degree in engineering with mathematics and cybernetics. 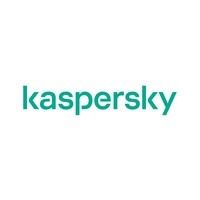