Cannabis company Khiron Life Sciences Corp. has announced former Colombia Minister of Finance Juan Carlos Echeverry has been appointed to its Board of Directors, effective immediately.

"We are very pleased to welcome Juan Carlos Echeverry to our Board as an independent director. His exceptional economic experience and understanding of the cannabis space in Latin America will be an invaluable asset as we continue to execute on our sales strategy in Latin American and global markets," said Khiron CEO and Director Alvaro Torres.

Mr. Echeverry is a respected economist and medical cannabis advocate, and former CEO and President of oil and gas company Ecopetrol. As well as being Colombia’s Minister of Finance from 2010 to 2012, he also served as Minister of Economic Planning from 2000 to 2002. He also has governance experience with consultancy companies EConcept and Global Source, where he is founding Partner and partner respectively.

"Medical cannabis represents a remarkable opportunity for Colombia,” said Mr. Echeverry. “World markets are expanding, and Colombia has production, R&D and export capabilities that have billion-dollar potential for this country. Alvaro and the Khiron team have proven to be leaders in establishing the Colombian market, and I look forward to participating as a Board member in their continued global growth.” 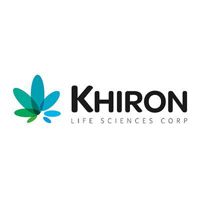