Dr. David Pichora serves as President & Chief Executive Officer of Kingston Health Sciences Centre (KHSC), an academic tertiary care centre serving a population of 500,000 people from across southeastern Ontario. In 2017, Hotel Dieu Hospital and Kingston General Hospital came together to form Kingston Health Sciences Centre (KHSC) and Dr. David Pichora was chosen as its inaugural President and CEO. An orthopedic surgeon, he is also a Professor of Surgery and of Mechanical and Materials Engineering at Queen’s University and has served on the medical staff at Hotel Dieu and Kingston General Hospital sites since 1986. Prior to accepting the role as the President and CEO of KHSC, David held the position of Chief Executive Officer of Hotel Dieu Hospital and, prior to that, as its Chief of Staff. He also served as divisional chair of orthopedic surgery at Queen’s University, Hotel Dieu and Kingston General Hospitals. Under his leadership, Kingston Health Sciences Centre has successfully brought together two of Canada’s oldest continually operating hospitals – a secular and Catholic site - into one corporation. In its first two years of existence, Dr. Pichora has led the organization through the creation of a bold strategic plan, successfully achieved full accreditation, and added new programs, innovations and additional funding streams. Dr. Pichora completed his orthopedic surgery residency at Queen’s University and clinical fellowships at the University of Toronto and University of Alabama, Birmingham. He is a founding member, a lead researcher and Board member for the Human Mobility Research Centre (HMRC) at Queen’s University, and a Past President of the Ontario Orthopaedic Association and the International Society for the Study of Computer Assisted Surgery. An internationally recognized leader in orthopaedics and trauma, David is a pioneer in the use of motion analysis techniques for documenting patterns of disease in upper extremities. He co-pioneered the world's first computer-assisted distal radius osteotomy. He has received numerous research grants including Canada Foundation for Innovation (CFI) and matching Ministry of Research and Innovation (MRI), and CIHR/NSERC Collaborative Health Research Projects (CHRP) grants in the field of computer navigated orthopaedic surgery. He was named the Paul B. Helliwell Chair in Orthopaedic Research in 2015. 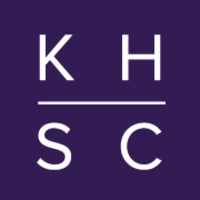