Carlo Bellini is President at Klox and has served as a member of our board of directors since April 2009. Mr. Bellini previously served as Managing Director of Vitus Capital Holdings Ltd., a private U.K. fund, from June 2011 to September 2014. He served as President of Domodimonti Srl, an Italian agricultural company, between April 2009 and June 2011. Prior to 2009, Mr. Bellini worked in different capacities at a variety of funds. Mr. Bellini received his Bachelor of Arts in Finance from McGill University. 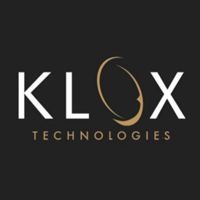