Miguel Patricio is the Chief Executive Officer of The Kraft Heinz Company. Prior to Kraft Heinz, Miguel spent 20+ years at Anheuser-Busch InBev (AB InBev), where he served as part of the Executive Leadership team in various positions, driving organic growth and industry-leading margins. Miguel was the Global Chief Marketing Officer at AB InBev from 2012-2018. In this role, he developed and implemented a strategic playbook for global brands Corona, Budweiser and Stella Artois, accelerating organic sales growth which represented more than one-third of AB InBev’s organic growth and accounted for more than 20 percent of AB InBev’s 2018 year-end global revenues. Prior to that, he was AB InBev’s President of Asia Pacific from 2008 to 2012 and President of North America from 2006 to 2008. Before his career at AB InBev, Miguel held a variety of leadership positions at other global consumer packaged goods companies including Philip Morris, The Coca-Cola Company and Johnson & Johnson. He holds a degree in Business Administration from Fundacao Getulio Vargas in São Paulo. 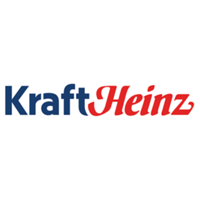