Managing Director, Gina Nelthorpe-Cowne, said “We are really excited that Oritsé has joined us. We know that he had looked carefully at many of our competitors before signing with us. We are glad that we were chosen. In recent years with the exposure of racial inequality, police brutality and a global pandemic impacting on the entire world, Oritsé has been writing and releasing pieces of his spoken word poetry. These pieces have had a powerful and inspiring impact. With a vast amount of life experience, personally and professionally, Oritsé is well equipped to help motivate and encourage others to succeed and overcome the hardships they face on their journey and we, at Kruger Cowne, are right behind him all the way.”

Oritsé Williams is the founding member of JLS, one of the UK’s most successful music groups of all time. JLS was originally made famous by achieving second place on the X-Factor, but earned a record deal with Sony, which led to JLS becoming one of the X-Factor’s biggest ever success stories. From this, JLS were asked by the Royal Family to perform for the Queen’s Diamond Jubilee.

With JLS, Oritsé has sold over 10 million records and has achieved five no.1s, won two Brit Awards and five MOBO awards along with many other notable achievements that any musician or group would be proud to have under their belts.

The hotly awaited comeback of JLS had been almost a decade in the making when they spoke last February of hitting the road for a ‘greatest hits’ reunion tour. But with lockdown kicking in one month later, the band were forced to postpone their plans. Fortunately, the wait is now over, and with the new record deal under their belt, the postponed tour is being rescheduled starting with Glasgow on 20th October and running right around the country and ending on 27th November in Birmingham. There will be four London O2 dates - 4 and 5th November and 19 and 20th November.

Oritsé’s success stems from his strong-willed, motivated and hard-working characteristics that have helped him overcome numerous hardships throughout his life. At the age of 12, Oritsé’s mother was diagnosed with Multiple Sclerosis. He had to immediately step-up to the plate and quickly found himself taking on the role of a Young Carer. Motivated to do something positive, Oritsé and his younger brother were inspired to select their career paths at an early age. Oritsé pursued a career in music and his brother went on to study biomedical science. The aim, at their young age, was to pursue careers in these areas so that money from Oritsé’s music would help fund his brother’s research and eventually help find a cure for their mother.

His success was motivated by the pressure he put on himself to provide the best possible care for his mother and his family. It was this pressure and determination that manifested itself into Oritsé creating JLS, a band that quickly went on to break records and become one of the most successful music groups in UK music history.

In 2014, JLS stopped touring, and Oritsé signed a record deal with Island Records (Universal) where he successfully released his first solo project, the critically acclaimed “Waterline” Ft. Pusha T. During this period he co-found his own boutique management company to help mentor and develop the careers of artists, writers and producers. This company achieved numerous successes with individual acts such as Zayn Malik from One Direction, who’s 2019 single “Flames” racked up over 55 million streams globally.

Today, Oritsé uses his success as a musician to raise awareness about Mental Health and to support Young Carers. Oritsé was proud to receive the ‘M.S. Inspiration of the Year’ award for his fundraising efforts and the awareness he raised about Multiple Sclerosis. He also produced and presented his own very successful Channel 4 documentary called ‘Britain’s Youngest Carers’.

After a tumultuous few years post-JLS, which had a significant negative impact on Oritsé’s mental wellbeing, he turned to music, poetry, martial arts and spirituality to help rebuild himself and sustain his creativity.

In these hugely disrupted times, Oritsé is doing what only the best creative professionals do, and using his emotions to inspire new work and which is some of the best creative work he has achieved to date. Oritsé believes that through learning from the difficulties in his own life, he can to give something back to the world by motivating and sharing his experiences with others and inspire people wherever, and however, he can. 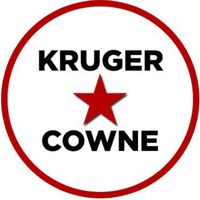