Andrew Meslow serves as chief executive officer of L Brands and Bath & Body Works. He was promoted to CEO of Bath & Body Works in February 2020 after serving as the brand’s chief operating officer for eight years. He joined the L Brands board of directors and became the company’s CEO at the close of its annual meeting of stockholders on May 2020. With more than 15 years of experience at Bath & Body Works and 29 years in specialty retail, he brings deep company knowledge, immense retail and financial acumen, and an unwavering commitment to doing the right thing for customers, the business and company associates. As the COO of Bath & Body Works, Meslow led several areas of the business, including finance, merchandise planning and allocation, store operations and the direct channel. Meslow joined L Brands in 2003, working in roles at Victoria’s Secret and the corporate group before moving to Bath & Body Works in 2005 as executive vice president and chief financial officer. Prior to joining the enterprise, Meslow was with Banana Republic for more than seven years, where he held a variety of leadership positions including vice president/brand CFO. He began his retail career at Ann Taylor in 1991, where he was part of the Loft launch team. 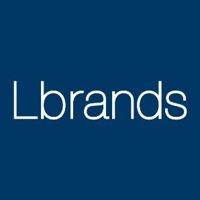