John Mulgrew joined Lenovo as the Chief Patent Counsel in December 2019. Previously, he led the IP team at Uber Technologies Inc. During his tenure, Uber was one of the most active operating companies to accelerate growth of its portfolio through acquisition. In 2017 the team launched Uber’s UP3 Patent Purchase Programme while directly engaging with prospective sellers to acquire over 200 assets in more than 15 transactions. Uber’s IP team was also recognised by the Licensing Executives Society with the 2017 Deal of Distinction award for its patent purchase from AT&T. Before joining Uber, Mr Mulgrew was a partner at Shook, Hardy & Bacon, where he focused on anonymous patent acquisitions for several Bay Area clients. Before Shook, he led Microsoft’s patent analysis team, where he oversaw all outbound patent licensing analysis for the company. He created Microsoft’s first successful revenue-generating outbound licensing programme, which also included Microsoft’s first International Trade Commission action. He co-led settlement discussions and subsequently signed more than 20 licensees. This strategy became the foundation of Microsoft’s licensing programmes. Mr Mulgrew also oversaw patent sales and acquisitions throughout his 10 years at Microsoft. Most notably, he initiated Microsoft’s acquisition of AOL’s patent portfolio and assisted in the sale of some of those assets to Facebook. He also handled pre-litigation IP assertions against Microsoft and assisted in multiple patent litigations. For example, he led the identification, diligence and assertion of more than 20 patents against Alcatel-Lucent in several US jurisdictions and participated in settlement negotiations. Before Microsoft, Mr Mulgrew was an associate in Kaye Scholer’s patent litigation group and then at Pennie & Edmonds, where he split his time between patent litigation and patent application drafting. He graduated from the George Washington University Law School with honours and holds a BS in mechanical engineering from Rice University. 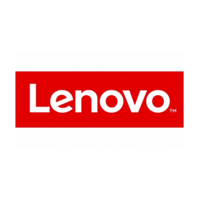