Baptiest joined the Liberty group in 2013 as the Chief Executive Officer and Managing Director of Ziggo, then UPC Netherlands, where he led the merger of UPC and Ziggo to become the leading national cable and media-operator achieving sizable synergies. He is a member of the Supervisory Board at VodafoneZiggo Group Holding B.V., a Dutch joint venture of Liberty Global and Vodafone Group Plc. Baptiest was SVP Operations at Liberty Global from 2018 to early 2020, overseeing our technology, network and its operations across Europe as well as the services we deliver to other operators. Through 2020, he was the interim CEO of UPC Switzerland, preparing the company for the merger with Sunrise into Sunrise-UPC. Prior to joining Liberty Global, he was the Managing Director and a member of the Board of Directors at KPN, the Dutch incumbent telecommunications operator, from 2006-2011. He also had an 18-year career at Unilever, including a period as Unilever Mexico’s Chairman and Country Chief Executive Officer. He holds a Master of Science (MSc) in Industrial engineering from the Eindhoven University of Technology. 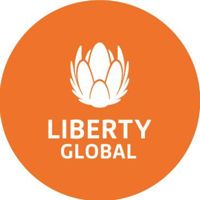