Brian McManus brings several decades of expertise and achievement to his role as Lighthouse’s Chief Executive Officer. Overseeing the organization’s day to day operations, Brian is charting the course of innovative solutions to keep Lighthouse outpacing other industry vendors in the high growth and dynamic eDiscovery space. Beginning in January 2003, Brian was Executive Vice President of Infospace, Inc. (NASDAQ: INSP), now Blucora, Inc. (NASDAQ: BCOR), and was part of a small management team that successfully restructured and turned around the company. At Infospace, Brian ran the company’s online division, providing web search and local yellow pages search to consumers, and a SAAS model for businesses to create portal and search solutions for their customers. Brian successfully grew this division from a little over $50 million to a little under $200 million in revenues and significantly increased its operating cash flow. He focused on expanding the company’s partnerships with key industry players such as Google, Yahoo, Microsoft and AT&T. He also led the company’s efforts to significantly improve the client experience through technology development and innovation. Prior to Infospace, Brian held various senior executive roles in fast growing internet and telecommunications companies, including CEO at AccessLine Communications, Bellevue, WA, a leading telecommunications services company, and Epoch Internet, Costa Mesa, CA, one of the country’s largest business-focused internet service and web hosting providers. Prior to his business career, Brian was a partner at the Seattle law firm of Mundt MacGregor. His practice was focused on advising entrepreneurial companies. Brian received his law degree and M.B.A. from the University of Washington, with high honors, was a contributor and editor of The Washington Law Review, and is a member of the Order of the Coif. While in law school, Brian was a Judicial Extern to the Honorable Barbara Rothstein, United States District Court Judge for the Western District of Washington. He received his undergraduate degree from the University of California, Berkeley, where he was a Regents Scholar. He is a board member of The Rainier Vista Boys & Girls Club and The African Education Foundation, and is an advisor to the Powerful Schools Foundation. 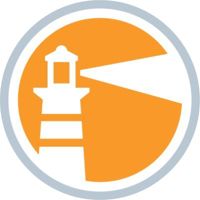