Kozlowski initially joined Lionsgate in 2008 and has worked her way up from a Junior Manager in the studio’s marketing department. In her most recent role, the USC alumna was in led marketing for Lionsgate on both traditional and emerging platforms. She was responsible for marketing Lionsgate movies and TV titles, original Starz shows, a 17K-title library, and content from third-party creators. Before Lionsgate, Kozlowski got her start at marketing agency A.D.D. Marketing + Advertising and Film Independent, a nonprofit organization. 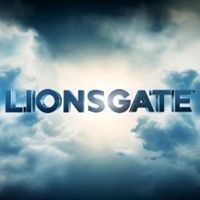