Frank A. St. John serves as chief operating officer for Lockheed Martin Corporation. He has held this role since June 2020 and is responsible for the strategic, operational and financial performance of all of the corporation's business areas, totaling almost $60 billion in sales. St. John joined Lockheed Martin more than 30 years ago and took on roles of increasing responsibility in engineering and program management before joining the corporation's executive leadership team in January 2018. Most recently, he served as executive vice president of Rotary and Mission Systems (RMS), leading a $16 billion enterprise employing 34,000 people across the globe. Under his leadership, the RMS portfolio featured more than 1,000 programs, including helicopters, integrated air and missile defense, littoral warfare, undersea warfare, radar, electronic warfare, cyber solutions, C4ISR, and training and logistics systems. He regularly interacted with the U.S. Air Force, U.S. Army, U.S. Coast Guard, U.S. Marine Corps, U.S. Navy and Missile Defense Agency, as well as intelligence, civil, commercial and international military customers. Prior to that, he served as Missiles and Fire Control’s (MFC) executive vice president where he was responsible for ensuring MFC’s lines of business successfully met the company’s commitments and responsibilities to its customers and the corporation. During his tenure at MFC, St. John also served as executive vice president and deputy of Programs, vice president of Tactical Missiles/Combat Maneuver Systems and served as the site general manager for the MFC Orlando, FL campus. St. John earned Bachelor of Science and Master of Science degrees in electrical engineering from the University of Central Florida. He is a member of the Institute of Electrical and Electronics Engineers, Air Force Association, Surface Navy Association and serves on the Association of the United States Army Council of Trustees. 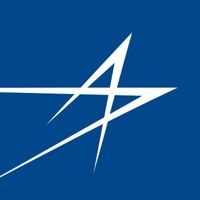