The path taken by Eddie Wang to be at the forefront of blockchain technology has to be one of the most unlikely. From a budding classical pianist to an amateur hacker, Eddie has worn a range of different hats on his way to being a co-founder and CTO of cryptocurrency mining company Luxor Technologies.

Growing up in Toronto, Eddie had always thought he would grow up to be a pianist. He played piano for a decade and attended Unionville School for the Arts, where he was valedictorian. However, at the age of 13, his other hobby, technology, started to take over.

Eddie is a self-taught coder, or what he calls a “script-kiddie”. His first break into the startup-scene came when he discovered a glitch on a teen social networking site, Lockerz.

“I decided to email their CEO about it,” he says. “It turned into my first internship because they offered me an advisory role to work with their team. It was a really cool experience, and it gave me the startup bug. It made me realize I can use my skills to create, and I could build companies rather than just trying to do random things like hack websites.”

From there, Shad Valley, a summer STEM program, at the University of British Columbia nurtured Eddie’s interest in tech even further. He went on to earn a Commerce degree from Queen’s University and complete a range of internships in startups, as well as larger companies such as OMERS and Scotiabank. However, it was the varied roles and excitement of working in startups that he really enjoyed.

“The big difference is the big companies specialize you right away,” he says. “My experiences at startups were much more valuable because I got a feel for dealing with those unknowns and gained the mental fortitude to really jump in and do things yourself.”

While working at Scotiabank, he found himself working as an intern sitting beside the bank's blockchain team. In a few weeks, he found himself diving into the rabbit hole of blockchain as well. He came across an interesting D-app (decentralized application) codebase on Github and decided to reach out to the developer via Reddit. That developer was Nick Hansen, who was soon to become his co-founder at Luxor.

“I was like, dude, you have some really interesting code. I think we can do something together here,” he says. “So we started collaborating. Essentially, the company was spawned from a curiosity in learning more about blockchain. We’ve made a lot of mistakes but overall it's been a pretty wonderful ride.”

The company is focused on productizing its data technology in the field of compute power to connect electricity producers to communities all over the world. Eddie also sees opportunities in commoditizing video rendering and AI. That presents an obvious technological challenge, but the other major factor is finding the people who can deliver it.

“We're looking for quick-learners, passionate blockchain enthusiasts, and high-impact contributors to join our team,” Eddie says. “Talent is something that's going to stay critically important as we grow Luxor, and it’s really hard to get right. 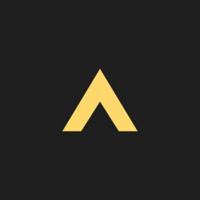 Hut 8 Mining Corp. (TSX: HUT), one of North America's oldest, largest, and most innovative bitcoin mining pioneers, and Luxor Technology Corporation ("Luxor") a Seattle-based hashrate manager, jointly announced that Hut 8 is now working with Luxor on hashrate best-price execution. Hut 8 has allocated a portion of its SHA-256 hashrate to Luxor to advance its recently announced expansion into Ethereum mining. Luxor has been building out its hashrate execution technology since 2017, helping thousands of miners globally. The proprietary technology developed by Luxor has the potential to maximize returns for miners. Luxor's Switch software product is a profit-switching algorithm that maximizes earnings by switching between blockchains and venues to maximize hashrate rewards. Luxor launched the product for the Equihash algorithm in mid-2020 and is launching it for the SHA-256 and ETH algorithms in 2021. "I'm excited to work with Luxor because they are innovators in the mining services industry; they continue to develop data-driven products (Hashrate Index, Switch, Catalyst), are recognized for their deep understanding and insight of the industry, and Luxor is North American-based with a skilled and growing team. A pleasure to work with," said Jaime Leverton, CEO of Hut 8. With the recent purchase of Nvidia CMPs, Hut 8 has the ability to mine new currencies including Ethereum. Transaction fees for Ethereum have skyrocketed over the past year, and represent a large revenue opportunity for miners. There is also an additional form of revenue for Etheruem miners through Miner Extractable Value (MEV). MEV has ballooned to over $42M of value over the past 30 days, presenting Hut 8 opportunities to further increase mining returns. Using Luxor's proprietary technology, Hut 8 plans to earn revenue from the Ethereum block reward, transaction fees, and MEV. In addition, Hut 8 will have the option to receive Bitcoin and/or Ethereum payouts directly from Luxor, allowing Hut 8 to stack sats while earning outsized returns through novel CMP mining. "We have been extremely impressed with Hut 8's operations, and their forward-thinking on compute power as an asset class. Their diversification to take advantage of the lucrative Ethereum fee market while running one of the best Bitcoin mining operations out there places them in a good position to lead the industry moving forward. We believe this partnership is a strong validation of Luxor's novel hashrate products." said Ethan Vera, CFO of Luxor. Hut 8 continues to support developments in the North American mining industry by partnering with Luxor, bringing more hashrate onshore. Encouraging and driving hashrate to spread out globally is a net-positive for Bitcoin, adding to the security of the overall network. About Luxor: Luxor is a fast-growing technology company that is shaping the future of hashrate as a commodity, building new-gen digital pipelines for compute power. Luxor is backed by notable investors such as Argo Blockchain, Bitnomial, Celsius Network, Routemaster, and more. About Hut 8: Hut 8 is one of the oldest, largest, and most innovative bitcoin miners in the world. Hut 8 has one of the highest installed capacity rates in the industry and is #1 globally in held, self-mined Bitcoin of any crypto miner or publicly traded company. Recently ranked 11th (of 10,000) on the 2021 OTCQX® Best 50, and the first miner to be listed on the TSX, the Hut 8 leadership team is continually looking for ways to accelerate innovation in high-performance computing, and the blockchain ecosystem. We are stewards of powerful, industry-leading solutions, and drivers of Innovation In Digital Asset mining and High-Performance Computing — we apply this mindset to our revenue diversification, ESG, and carbon footprint reduction strategy. Hut 8 has a diversified mobile production platform, located in Alberta Canada, and secured with low-cost power contracts. Hut 8 has been commanding its mining operations and successfully navigating Bitcoin market cycles since 2018. Stick with the company that has a plan for how to #grow Shareholder value regardless of #BTC market direction. #HodltheHut SOURCE: Hut 8 Mining Corp