Chad McDaniel serves as the Company's Senior Vice President, General Counsel and Chief Administration Officer, leading the Company's global Legal, Human Resources and Environmental, Health & Safety organizations. Prior to joining Lydall's management team in the first half of 2013, Mr. McDaniel was Associate General Counsel of Sikorsky Aircraft Corporation, a division of United Technologies Corporation (UTC). UTC is a manufacturer of high-technology products and services for the global aerospace and building systems industries. During his tenure with UTC, Mr. McDaniel also held the positions of Director; Executive Assistant to the President at UTC's Fire and Security division from 2010 to 2012, and Assistant Counsel at UTC's Pratt & Whitney division from 2007 to 2010. He began his legal career in private practice, spending five years as a corporate associate focused on mergers and acquisitions, corporate finance, corporate governance, and private equity financing/fund formation. 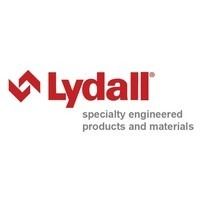