Anthony G. Capuano was named Chief Executive Officer in February of 2021. Previously, Capuano was group president, global development, design and operations services. In that role, Capuano was responsible for leading global development and design efforts and overseeing the company’s global operations discipline. During Capuano’s tenure leading global development, the company grew from just over 3,200 properties in early 2009 to more than 7,600 properties by year-end 2020. In addition, Capuano has overseen the growth and globalization of Marriott’s development pipeline to 498,000 rooms as of Dec. 31, 2020, with more than half of the pipeline representing projects outside of the U.S. During the COVID-19 pandemic, Capuano has led Marriott’s work on its Commitment to Clean initiative. Mr. Capuano began his career at Marriott in 1995 as part of the Market Planning and Feasibility team. Between 1997 and 2005, he led Marriott’s full service development efforts in the Western United States and Canada. In 2008, his responsibilities expanded to include North America, the Caribbean and Latin America. In 2009, he assumed global development responsibility. His professional career began at Laventhol & Horwath’s Boston-based Leisure Time Advisory Group. He later joined Kenneth Leventhal & Co., a hospitality consulting group in Los Angeles. Mr. Capuano earned a bachelor’s degree from Cornell University in Hotel Administration. He is an active member of the Cornell Society of Hotelmen, a member of The Cornell School of Hotel Administration Dean’s Advisory Board, and a member of the American Hotel and Lodging Association’s IREFAC Council. Additionally, Mr. Capuano participates on The Urban Land Institute, Marriott’s Committee for Excellence, the company’s Global Diversity and Inclusion Council, and Marriott’s Global Green Council. 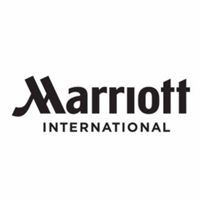