David Rogier is the Founder and CEO of MasterClass, where he is leading the company’s re-imagination of online education. Based in San Francisco, MasterClass was founded on the idea that everyone should have “access to genius.” David grew up in Los Angeles where he became known for two things: entrepreneurship (he sold his first company, an Internet search engine, while still in middle school), and asking too many questions in class. David attended the Stanford Graduate School of Business where he met renowned tech investor Michael Dearing, whom he went to work for after graduation. After a year with Michael, David decided what he really wanted to do was rekindle his two favorite pastimes from his youth: entrepreneurship and question-asking, by starting MasterClass (Michael became his first investor). 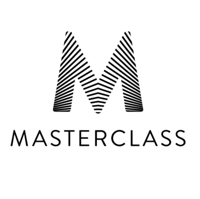