Media investment company GroupM has announced that Adam Gerhart has been named Global CEO at subsidiary media firm Mindshare. Mr. Gerhart will serve on GroupM’s Global Leadership Team, and continue in his role as Mindshare U.S. CEO until a replacement is appointed.

"Adam has an unrelenting commitment to clients and to team Mindshare," said GroupM Global CEO Christian Juhl. "He brings a strategic business sense combined with a commitment to clients and culture. Adam has always played a pivotal role in Mindshare and our clients' success around the world, which makes him the perfect fit to now lead the agency into a new era globally."

Mr. Gerhart has been with Mindshare since 2003, and became U.S. CEO in 2016. In his time with the company, he has visited 56 countries to work with a wide range of diverse clients, and helped to found the company’s U.S. Communications Planning Group. He has served on the boards of the Mobile Marketing Association (MMA) in Europe and thinkLA in the U.S., and was also honored as one of The Internationalist's 2016 Agency Innovators.

"One of this agency's greatest strengths has long been its connected global network. The opportunity to lead this incredible group of people leaves me without words to describe my pride and excitement," said Mr. Gerhart. "Media strategy is often defined narrowly yet its dynamism and creativity can impact the trajectory of a company's business success. As we work to bring 'Provocation with Purpose' to life, we'll demonstrate how mmedia can solve brand challenges, as well as have a positive impact on the world." 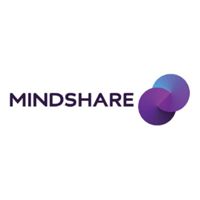