VP, Marketing and Philanthropy at Monarch

Laurie Weaver is Monarch’s Vice President of Marketing and Philanthropy builds and maintains brand awareness and loyalty and oversees Monarch’s marketing, communications, community engagement and philanthropic fundraising initiatives. She manages a team of creative and engaged professionals who raise awareness and understanding of the people, programs, services and mission of Monarch. Laurie joined Monarch in 2013 as the Director of Grants and Foundation Relations and moved into the role of Senior Director of Philanthropy. During her tenure in fundraising at Monarch, she successfully secured the organization’s first private, six-figure grant, Monarch’s first facility naming gift and the organizations first multi-million dollar, multi-year federal grant. Prior to joining Monarch, she held marketing, communications and program management roles with Our State magazine and the University of North Carolina at Greensboro. She holds a Master of Science degree from Colorado State University in Ft. Collins, CO, and a Bachelor of Arts degree from the University of North Carolina at Greensboro. 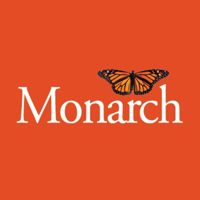