MRSOOL announced this week its strategic sponsorship of King Saud University Stadium with the reveal of its new name “MRSOOL Park”. With this deal, MRSOOL becomes the first company in the region to go into a naming rights sponsorship that further solidifies MRSOOL’s brand with the local community.

The sponsorship was announced in a ceremony organized by Saudi Media Company (SMC), the owner of the of the rights to the stadium, with the attendance of MRSOOL’s CEO/co-founder Ayman Alsanad and COO/co-founder Naif Alsimri, as well as representatives of the stadium’s other strategic partners. The first of its kind initiative is an investment in sport and entertainment by MRSOOL with the objective to support and engage with the local community, and to be part of “the Kingdom’s vision in involving the private sector” in social responsibility initiatives and in the development of sports, according to Alsanad. The sponsorship is also driven by the fact that “King Saud University is an iconic institute that has been supporting the society with top graduates” in different fields, Alsimri added. 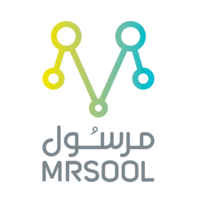