Ms Lee has joined the Board since 16 May 2018. Ms Lee is an Independent Non-Executive Director of CK Hutchison Holdings Limited and Swire Pacific Limited. Ms Lee is also a member of the Election Committee of the 13th National People’s Representative Meeting, a Board Member of the West Kowloon Cultural District Authority, and Vice Patron of the Community Chest of Hong Kong. Ms Lee is a Fellow of The Hong Kong Institute of Bankers. She was appointed Justice of the Peace in 2014. She was previously Vice-Chairman and Chief Executive of Hang Seng Bank Limited, Group General Manager of HSBC Holdings plc, Director of The Hongkong and Shanghai Banking Corporation Limited and Chairman of the Board of Governors of Hang Seng University. In addition, she was previously Vice President of The Hong Kong Institute of Bankers, Board Member, Deputy Chairman of the Executive Committee of The Community Chest of Hong Kong, and a member of the Financial Services Advisory Committee of the Hong Kong Trade Development Council. 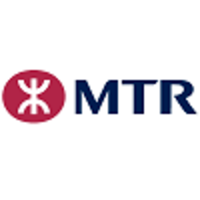