Gary Shaw, FACHE, is President and Chief Executive Officer at Nantucket Cottage Hospital. Gary brings more than two decades of experience leading hospitals and healthcare organizations from Delaware to Alaska, as well as 20 years of service in the U.S. Navy’s Medical Service Corps, where he rose to the rank of Lieutenant Commander. Gary previously served as President of Cambridge Medical Center in Minnesota, an 86-bed facility that is part of the Allina Health not-for-profit healthcare system. At Cambridge Medical Center, he was responsible for a number of system-wide improvement initiatives in quality and patient care and led the development of a new $9 million outpatient clinic. Prior to that, Gary was the hospital administrator of the Alaska Native Medical Center in Anchorage, Alaska, a 158-bed regional referral center and teaching hospital for the Alaska Native and American Indian populations. Gary enlisted in the U.S. Navy in 1977, progressing from Hospital Corpsman to Lieutenant Commander of the Navy’s Medical Service Corps over the span of two decades. He served during four wars and his last overseas assignment was as a Navy Environmental health advisor (Public Health) to the United Nations during the Bosnian war. A graduate of Southern Illinois University, Gary received a Bachelor of Science degree in Healthcare/Business Administration, followed by a Master of Science degree in Operations Management from the University of Arkansas – Fayetteville. He holds an Executive Professional Coaching Certificate from the University of St. Thomas in Minneapolis, MN, and is a Fellow of the American College of Healthcare Executives. Gary and his wife Trisha have two grown children. 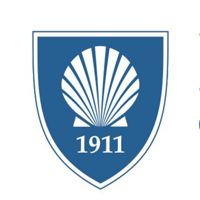