NASA's SpaceX Crew-2 astronauts are in orbit following their early morning launch bound for the International Space Station for the second commercial crew rotation mission aboard the microgravity laboratory. The international crew of astronauts lifted off at 5:49 a.m. EDT Friday from Launch Complex 39A at NASA's Kennedy Space Center in Florida.

During Crew Dragon's flight, SpaceX will command the spacecraft from its mission control center in Hawthorne, California, and NASA teams will monitor space station operations throughout the flight from Mission Control Center at the agency's Johnson Space Center in Houston.

"It has been an incredible year for NASA and our Commercial Crew Program, with three crewed launches to the space station since last May," said NASA Acting Administrator Steve Jurczyk. "This is another important milestone for NASA, SpaceX, and our international partners at ESA and JAXA, and for the future of scientific research on board the space station. It will be an exciting moment to see our crews greet one another on station for our first crew handover under the Commercial Crew Program."

The Crew Dragon spacecraft, named Endeavour, will dock autonomously to the forward port of the station's Harmony module about 5:10 a.m. Saturday, April 24. NASA Television, the NASA App, and the agency's website are providing ongoing live coverage through docking, hatch opening, and the ceremony to welcome the crew aboard the orbital outpost.

The Crew-2 mission is the second of six crewed missions NASA and SpaceX will fly as part of the agency's Commercial Crew Program. This mission has several firsts, including:

"When I see a launch I immediately think of what it took to reach this milestone and the dedication of all the people who made it happen," said Steve Stich, manager of NASA's Commercial Crew Program. "There's obviously a long way to go, but now we can celebrate the Crew-2 launch and look forward to seeing them join their other Expedition 65 colleagues as we prepare to bring Crew-1 home next week."

Kimbrough, McArthur, Hoshide, and Pesquet will join the Expedition 65 crew of Shannon Walker, Michael Hopkins, Victor Glover, and Mark Vande Hei of NASA, as well as Soichi Noguchi of JAXA and Roscosmos cosmonauts Oleg Novitskiy and Pyotr Dubrov. For a short time, the number of crew on the space station will increase to 11 people until Crew-1 astronauts Walker, Hopkins, Glover, and Noguchi return a few days later.

"I am extremely honored to witness the successful launch today. It is my utmost pleasure and also for Japan that Japanese astronauts Soichi Noguchi and Aki Hoshide boarded the operational spacecraft of Crew Dragon twice in a row," said Hiroshi Sasaki, Vice President for Human Spaceflight and Space Exploration. "I believe this is brought by the many years of close cooperation cultivated amongst the international partners, especially between U.S. and Japan through the ISS program. I hope Aki will play an integral role as the second Japanese ISS commander along with his colleague astronauts, creating fruitful outcomes and expanding the human frontier to the Lunar Gateway, the surface of the Moon and even beyond."

"This is a thrilling time for human spaceflight and this new success of the Commercial Crew Program embodies it – congratulations once again to NASA and SpaceX," said David Parker, director of human and robotic exploration at ESA. "Starting with astronaut Thomas Pesquet, ESA is delighted to join this new space station chapter, paving the way to the future of exploration side by side with diverse partners. Six months of excellent science and state-of-the-art technology demonstrations now await him, and we know he cannot wait to start working."

Shane Kimbrough is commander of the Crew Dragon spacecraft and the Crew-2 mission. Kimbrough is responsible for all phases of flight, from launch to re-entry. He also will serve as an Expedition 65 flight engineer aboard the station. Selected as a NASA astronaut in 2004, Kimbrough first launched aboard space shuttle Endeavour for a visit to the station on the STS-126 mission in 2008, and then aboard a Russian Soyuz spacecraft for his first long-duration mission for Expedition 49/50 in 2016. He has spent a total of 189 days in space and performed six spacewalks. Kimbrough also is a retired U.S. Army colonel and earned a bachelor's degree in aerospace engineering from the United States Military Academy at West Point, New York, and a master's degree in operations research from the Georgia Institute of Technology in Atlanta.

Megan McArthur is the pilot of the Crew Dragon spacecraft and second-in-command for the mission. McArthur is responsible for spacecraft systems and performance. She also will be a long-duration space station crew member, making her first trip to the space station. Selected as an astronaut in 2000, McArthur launched on space shuttle Atlantis as a mission specialist on STS-125, the final Hubble Space Telescope servicing mission, in 2009. McArthur operated the shuttle's robotic arm over the course of the 12 days, 21 hours she spent in space, capturing the telescope and moving crew members during the five spacewalks needed to repair and upgrade it. She holds a bachelor's degree in aerospace engineering from the University of California, Los Angeles and a doctorate in oceanography from the University of California, San Diego.

Akihiko Hoshide is a mission specialist for Crew-2. As a mission specialist, he will work closely with the commander and pilot to monitor the spacecraft during the dynamic launch and re-entry phases of flight. Once aboard the station, Hoshide will become a flight engineer for Expedition 65. Hoshide joined the National Space Development Agency of Japan (NASDA, currently JAXA) in 1992 and was selected as an astronaut candidate in February 1999. Hoshide is a veteran of two spaceflights. In June 2008, he flew to the International Space Station on the STS-124 mission to deliver the Japanese Experiment Module "Kibo" to the station. From July to November 2012, he stayed on the space station for 124 days as a flight engineer for the Expedition 32/33 mission. The Crew Dragon will be the third spacecraft that Noguchi has flown to the orbiting laboratory.

Thomas Pesquet also will be a mission specialist for Crew-2, working with the commander and pilot to monitor the spacecraft during the dynamic launch and re-entry phases of flight. Pesquet also will become a long-duration crew member aboard the space station. He was selected as an astronaut candidate by ESA in May 2009 and worked as a Eurocom, communicating with astronauts during spaceflights from the mission control center. He previously flew as part of Expeditions 50 and 51, launching aboard a Russian Soyuz spacecraft in October 2016 and spending 196 days in space, returning to Earth in June 2017. His mission also included two spacewalks to maintain the station: one to replace batteries on an electrical channel, and one to detect a cooling leak and service the robotic arm.

The Crew-2 members will conduct science and maintenance during a six-month stay aboard the orbiting laboratory and will return no earlier than Oct. 31. The Crew Dragon spacecraft can stay in orbit for at least 210 days, which is a NASA requirement.

Adding more crew members aboard the microgravity laboratory increases the time available for scientific activities. The November 2020 arrival of the Crew-1 astronauts more than doubled crew hours spent on scientific research and support activities, and Crew-2 will continue the important investigations and technology demonstrations that are preparing for future Artemis missions to the Moon, helping us improve our understanding of Earth's climate, and improving life on our home planet. An important scientific focus on this expedition is continuing a series of Tissue Chips in Space studies. Tissue chips are small models of human organs containing multiple cell types that behave much the same as they do in the body. Another important element of Crew-2's mission is augmenting the station's solar power system by installing the first pair of six new ISS Roll-out Solar Arrays.

During their stay on the orbiting laboratory, Crew-2 astronauts expect to see a range of U.S. commercial spacecraft, including the Northrop Grumman Cygnus; SpaceX cargo Dragon; Boeing CST-100 Starliner, on its uncrewed flight to station; and NASA's SpaceX Crew-3 Dragon; which is targeted for launch no earlier than Oct. 23. During Crew-2, astronauts also will conduct a variety of spacewalks outside the space station, including the solar array installation.

At the conclusion of the mission, the Crew-2 astronauts will board Crew Dragon, which will then autonomously undock, depart the space station, and re-enter Earth's atmosphere. Crew Dragon also will return to Earth important and time-sensitive research. NASA and SpaceX are capable of supporting seven splashdown sites located off Florida's east coast and in the Gulf of Mexico. Upon splashdown, the SpaceX recovery ship will pick up the crew and return to shore.

NASA's Commercial Crew Program is delivering on its goal of safe, reliable, and cost-effective transportation to and from the International Space Station from the United States through partnership with American private industry. This partnership is changing the arc of human spaceflight history by opening access to low-Earth orbit and the International Space Station to more people, more science, and more commercial opportunities.

The space station remains the springboard to NASA's next great leap in space exploration, including future missions to the Moon and, eventually, to Mars. For more than 20 years, humans have lived and worked continuously aboard the International Space Station, advancing scientific knowledge and demonstrating new technologies, making research breakthroughs not possible on Earth. As a global endeavor, 243 people from 19 countries have visited the unique microgravity laboratory that has hosted more than 3,000 research and educational investigations from researchers in 108 countries and areas. 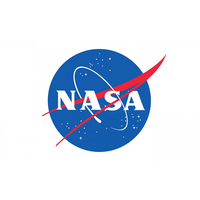