Y.A.M Tan Sri Dato’ Seri Syed Anwar Jamalullail has been the Chairman of the Board of Directors since 16 April 2009. Having served the Board for over nine years, Tan Sri Syed Anwar was re-appointed as an Independent Director at the 33rd Annual General Meeting held last year. He is also the Chairman of the Nomination and Compensation Committees and a member of the Audit Committee. Tan Sri was first appointed to the Board on 25 February 2002 as a Non-Independent Non-Executive Director, representing Lembaga Tabung Haji. On 5 November 2004, he was redesignated as an Independent Non-Executive Director, when Lembaga Tabung Haji ceased to be a substantial Shareholder of the Company. On 20 February 2018, he has been redesignated to a Non- Independant Director. Tan Sri Syed Anwar commenced his career with Malaysian Airlines Systems Berhad in 1975 as a Financial Accountant, before moving on to hold executive senior positions in various companies. His last position was as the Group Managing Director of Amanah Capital Partners Berhad. Tan Sri Syed Anwar is a former Chairman of the Lembaga Tabung Haji Investment Panel. He was also previously the Chairman of Cahya Mata Sarawak Berhad, Malakoff Corporation Berhad, Pulau Indah Ventures Sdn. Bhd., Media Prima Berhad, MRCB Berhad, DRB-Hicom Berhad, EON Bank Berhad, Uni Asia Life Assurance Berhad and Uni Asia General Insurance Berhad, as well as the Executive Chairman of Realmild (M) Sdn. Bhd. and Radicare (M) Sdn. Bhd. He was also an Independent Director of Maxis Communications Berhad and Bangkok Bank Berhad. Currently, Tan Sri Syed Anwar is the Chairman of Lembaga Zakat Selangor and Malaysia Airports Holding Berhad. He is also the Chancellor of SEGi University. Tan Sri Syed Anwar holds a Bachelor of Arts in Accounting from Macquarie University, Sydney, Australia, having qualified in 1974. He is also a Chartered Accountant, a Certified Practising Accountant (Australia) and a member of the Malaysian Institute of Accountants. 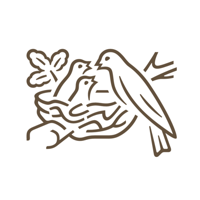