James Tolonen has served as a member of New Relic’s board since May 2016. Tolonen served as the senior group vice president and chief financial officer of Business Objects, S.A., an enterprise software solutions provider, where he was responsible for its finance and administration commencing in January 2003 until its acquisition by SAP AG in January 2008. He remained with SAP AG until September 2008. Tolonen served as the chief financial officer and chief operating officer and a member of the board of directors of IGN Entertainment Inc., an Internet media and service provider, from October 1999 to December 2002. He served as president and chief financial officer of Cybermedia, a PC user security and performance software provider, from April 1998 to September 1998, where he also served as a member of the board of directors from August 1996 to September 1998. Tolonen served as chief financial officer of Novell, Inc., an enterprise software provider, from June 1989 to April 1998. He currently serves on the boards of directors of Imperva, Inc. and MobileIron, Inc. James previously served on the boards of directors of Blue Coat Systems, Inc. and Taleo Corporation. Tolonen holds a Bachelor of Science in Mechanical Engineering and a Master of Business Administration from University of Michigan. 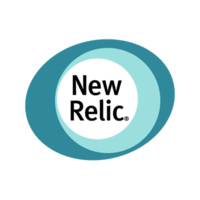