A.G. Sulzberger has been chairman of The New York Times Company since 2021 and publisher of The New York Times since 2018. With more than 1,700 journalists reporting from around the globe, The Times is the most influential and award-winning English-language news organization in the world. As publisher and chairman, Mr. Sulzberger oversees both newsroom and company operations, and is the principal steward of the independence, ambition and excellence of Times journalism. During his tenure, Mr. Sulzberger has invested heavily in investigative journalism, pushed The Times to expand into new digital formats like audio and multimedia, and has been an outspoken defender of the free press in the United States and abroad. A key architect of the company’s digital transformation and business strategy, he has helped grow The Times’s digital subscriber base to more than six million, from 800,000 in 2014, the year he authored the Innovation Report. Before becoming publisher, Mr. Sulzberger worked as a reporter and editor. He began his career at The Providence Journal and The Oregonian before joining The Times as a metro reporter. He later served as a national correspondent, assistant metro editor, associate editor for newsroom strategy and deputy publisher. A graduate of Brown University, he is the sixth member of the Ochs-Sulzberger family to serve The Times as publisher since the newspaper was purchased by Adolph Ochs in 1896. 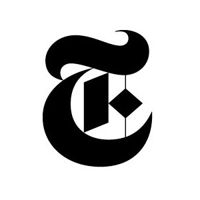