FREIBURG, Germany--(BUSINESS WIRE)--NexWafe GmbH today announced Thomas Koerner has joined the company’s board of directors. With nearly two decades of experience in the worldwide solar industry, Koerner brings invaluable expertise to NexWafe in the areas of global marketing and business development, specifically in the Asian marketplace.

NexWafe recently completed a €10 million round of funding intended to help move the company into pilot production and beyond. The pioneering company uses a proprietary green silicon manufacturing process that is fully compatible with conventional solar cell manufacturing to produce ultra-thin, high-efficiency, monocrystalline silicon wafers. With climate change a top priority among world leaders and carbon taxes on the horizon, NexWafe’s technology is designed to lower carbon dioxide emissions produced during the manufacture of silicon wafers while simultaneously reducing cost and increasing efficiency.

“Thomas brings additional depth and diversity to our leadership team at NexWafe,” commented Davor Sujita, CEO. “His experience in establishing business relationships in China and elsewhere in Asia will be invaluable to our efforts in those essential markets. We look forward to having him on the NexWafe team.”

An impassioned advocate for the solar industry, Koerner is currently Corporate Vice President of Global Sales at Canadian Solar, where he has been employed since 2012. Prior to joining Canadian Solar, which is one of the top six solar cell/module manufacturers in the world, Koerner held executive positions with Astronergy, Heliatek, and Schüco International KG.

“NexWafe’s business model is to produce next-generation silicon wafers with its own manufacturing technology and seek active partnerships with organizations that can adopt the company’s process,” said Koerner. “Through strategic partnerships in Asia and other key emerging markets, NexWafe will be well positioned to positively impact the cost-down roadmap of the photovoltaic industry and bring us to net-zero by 2030. I am pleased that I will be able to contribute to this important mission.”

Prior to his new position on NexWafe’s board of directors, Koerner served as a board member for SEIA, the Solar Energy Industries Association, and eNow, Inc., a provider of mobile solar applications for commercial and recreational vehicles. He earned a Master’s in Business Administration from Steinbeis University in Berlin, as well as a Master’s in Engineering from the University of Applied Science in Regensburg. 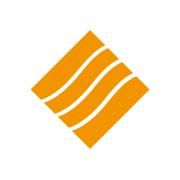