Mr. Machielse brings more than 25 years of biotechnology industry experience to Novavax. He was most recently Chief Executive Officer of rare disease company Vtesse, before its acquisition by Sucampo Pharmaceuticals, Inc., now a part of Mallinckrodt. Previously, he was Chief Operating Officer at Omthera Pharmaceuticals, where he oversaw development and approval of a treatment for hypertriglyceridemia and was integral to the Company’s IPO and acquisition by AstraZeneca. Earlier, as Executive Vice President of Operations for MedImmune, later acquired by AstraZeneca, he led worldwide development and operations of the company’s therapeutic antibodies, small molecules and vaccine products. Additionally, he was responsible for development of MedImmune’s H1N1 influenza vaccine, which was the first to be approved by FDA. He currently sits on the board of directors of Comet Therapeutics, Complexa Therapeutics and Polyneuron. Mr. Machielse received a bachelor of science degree in medical biology and a master of science degree in biochemistry from the University of Utrecht in the Netherlands. 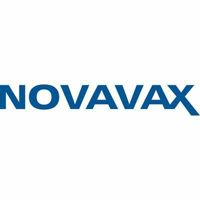