Ev is the co-founder of Blogger, Twitter, and Medium. For the last twenty years he has helped shape the modern internet. Starting in January 1999, Ev co-founded Pyra Labs, which created the blog-publishing service Blogger (and coined the term "blogger") and was acquired by Google in early 2003. He then co-founded Odeo and Obvious Corp, which gave birth to Twitter in 2006. Ev was Twitter's co-founder, lead investor, and former CEO. In 2011, Ev, along with Biz Stone and Jason Goldman, restarted Obvious Corp and began a mix of start-up investing and incubation. His investments have included Branch (acquired by Facebook), Beyond Meat (IPO May 2019), Blue Bottle Coffee (acquired by Nestle), and Nest (acquired by Google), among others. Ev co-founded Obvious Ventures in 2014 with James Joaquin and Vishal Vasishth. He is currently the CEO of Medium. Ev grew up on a farm in Clarks, Nebraska. 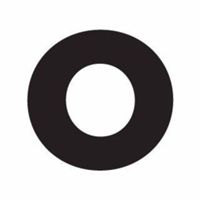