Todd McKinnon is the Chief Executive Officer and Co-Founder of Okta. He is responsible for creating, communicating and implementing the overall vision and strategy for the company. Under Todd's leadership, Okta has grown into the leading identity solution with thousands of customers. Prior to Okta, Todd served as the Head of Engineering at Salesforce.com, where he helped grow the team from 15 people to more than 250, and the service from two million daily transactions to more than 150 million with industry-leading performance and reliability. Todd also has nearly a decade of experience working in various engineering and leadership roles at PeopleSoft. Todd earned his B.S. in management and information systems from Brigham Young University and his M.S. in computer science from Cal Poly San Luis Obispo. He is as a regular contributor to industry publications, including Forbes, Fast Company, Fortune and the Wall Street Journal Accelerators. Todd also enjoys exercising and spending time with his family. 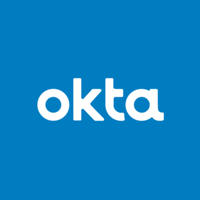