Elisabeth Gehringer is chief operating officer at Coldwell Banker Real Estate LLC. Gehringer oversees the brand’s field service, operations, learning, talent attraction, international and events teams. Prior to being appointed as chief operating officer for Coldwell Banker, Gehringer served as chief ethics & compliance officer at Realogy Holdings Corp., the parent company of Coldwell Banker Real Estate. During her tenure with Realogy, she built an ethics and compliance program that has received global attention, with Ethisphere Institute recognizing Realogy as one of the World’s Most Ethical Companies® for seven consecutive years. This is an award that reflects the principles of Realogy and mirrors the values on which the Coldwell Banker® brand was built. Gehringer’s combination of operational, franchise and legal experience, as well as her proven ability to build a world-class program from the ground-up, uniquely position her to drive strategic growth within Coldwell Banker Real Estate. Gehringer has been a part of Realogy leadership since 2006, including her tenure as general counsel for the Realogy Franchise Group from 2007 to 2012. In that role, she gained a holistic understanding of the franchising process and franchise operations. Gehringer is a National Association of Corporate Directors (NACD) Governance Fellow. She has also served on the Executive Steering Committee of the Business Ethics Leadership Alliance (BELA) and the Board of the 2014 Special Olympics USA National Games. Gehringer graduated from the Federal Bureau of Investigation's (FBI) Citizen's Academy, is a past recipient of the 40 Under 40 Award from NJBIZ Magazine and was recognized among Inside Counsel’s 2014 R3-100, and Ethisphere’s 2015 & 2016 Attorneys Who Matter. More recently, Liz was named to HousingWire’s 2019 Women of Influence list for her outstanding efforts in driving the U.S. housing market forward. Through the Coldwell Banker brand’s partnership with NBC’s Open House, Liz was also featured on the show where she discussed the continued importance of utilizing a knowledgeable and experienced real estate agent. Gehringer received both her undergraduate degree and her J.D. from Georgetown University. She started her career in sales and marketing at Ford Motor Co., where she gained an understanding of branding and field services which has served her well in the real estate industry. She also served as an associate and counsel with Porzio, Bromberg & Newman, P.C. 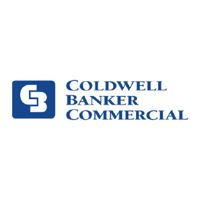