Prior to joining OnShift in 2016, Steve was a founder and Managing Director of GLENGARY, an early-stage venture fund focused on identifying, investing in, and assisting promising technology companies. Before founding GLENGARY, Steve was a General Partner of Key Equity Capital (KEC), a partnership with KeyCorp, where his emphasis was on providing equity capital to high-growth companies and in leveraged buyout transactions with equity commitments up to $20 million per transaction. In addition to serving on the boards of KEC portfolio companies, Steve served on the Advisory Boards of Kirtland Capital (Cleveland) and Healthcare Equity Partners (Chicago). Preceding KEC, Steve served as Senior Vice President in the Corporate Finance Department of McDonald & Company, where he was involved in all areas of corporate finance, with an emphasis on the post-acute care sector. In his role as President of McDonald & Company Venture Capital, Inc., he managed the private equity investments of McDonald & Company. Earlier in his career, Steve founded the Transaction Support Group of Price Waterhouse’s Cleveland office. Steve has been actively involved with the Ohio Venture Association, VentureOhio, Association for Corporate Growth, and the Technology Review Board of The Ohio State University’s College of Medicine. He is a frequent speaker on the topic of capital formation and venture capital. 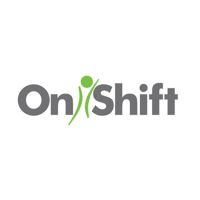