“I am thrilled to welcome Paul and John to the Ontera leadership team,” said Murielle Thinard-McLane, Chief Executive Officer at Ontera. “Paul contributes to our management team’s significant experience in leading the sales functions for top performing global diagnostics providers. John brings to the Board a proven track record in the leadership of successful companies focused on point-of care and molecular diagnostic testing for infectious diseases. Their collective depth of experience and proven leadership in the diagnostics industry will be extremely valuable to the company as we advance with urgency toward commercialization.”

Paul Marr brings to Ontera more than 22 years of in vitro diagnostics sales leadership experience that will be critical to the commercialization strategy for Ontera’s NanoDetector device and to further the company’s mission of centralizing molecular diagnostic testing around the patient, not the laboratory. Prior to Ontera, Mr. Marr led the U.S. laboratory sales team in providing high-throughput molecular diagnostic testing solutions at Hologic. Previously, he held various sales leadership roles at Beckman Coulter, Leica Biosystems, Siemens, and Ventana Medical Systems (Roche Tissue Diagnostics). Mr. Marr graduated with a B.S. in mathematics from UCLA and served in the U.S. Navy as a special operations officer prior to entering the healthcare diagnostic testing space.

“I am extremely impressed by the novel technology employed by the NanoDetector, which is Ontera’s first planned commercial point-of-care device, and I am excited about the significant future potential that the company’s platform holds for democratizing patient access to important health data,” said Mr. Marr. “I am thrilled to be a part of the world-class leadership team that Ontera has assembled and look forward to contributing to the company’s future commercial success.”

“The Ontera team has developed a point-of-care platform capable of simultaneously analyzing nucleic acids, proteins, and small molecules, all in a single assay, in less than 30 minutes,” said Mr. Sperzel. “I look forward to working with the Board and leadership team to bring this novel platform to customers around the world.” 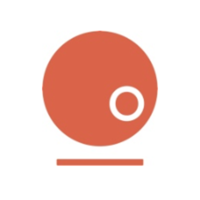