Jim Gianopulos has served as Chairman and Chief Executive Officer of Paramount Pictures since August 2017. In his role as Chairman and CEO of Paramount, he oversees the studio’s film and television operations worldwide, including production, marketing, distribution and all other facets. He is also charged with setting a strategy for Paramount, including developing new content, strengthening Paramount’s slate with co-branded releases from Viacom flagship brands, and expanding the studio’s global footprint. Gianopulos has been a leading figure in the global entertainment industry for more than 30 years. For 16 years, he served as Chairman and CEO of Fox Filmed Entertainment, overseeing Twentieth Century Fox, Fox 2000 Pictures, Fox Searchlight Pictures, Fox International Productions and Twentieth Century Fox Animation/Blue Sky Studios. Previously, Gianopulos served as President of 20th Century Fox International. Prior to joining the company, he held senior positions at Columbia Pictures and Paramount. He began his career as an attorney specializing in entertainment law. 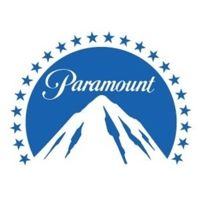