As President and Chief Operating Officer of Hasbro, Inc., John Frascotti leads a global organization focused on creating and delivering the world’s best play and entertainment experiences across Hasbro’s Brand Blueprint, including toys and games, immersive entertainment experiences, digital gaming and consumer products. Mr. Frascotti has been instrumental in leading Hasbro’s transformation from a traditional toy and game manufacturer into a global entertainment and play leader. Mr. Frascotti joined Hasbro in 2008 as Executive Vice President and Chief Marketing Officer, became President of Hasbro Brands in 2014, and became President of Hasbro in 2017. In 2018, he was also named Chief Operating Officer, and became a member of Hasbro’s Board of Directors. During his tenure, he has played a critical role in the re-imagination and re-invention of Hasbro’s world-class portfolio of Franchise Brands (TRANSFORMERS, NERF, MY LITTLE PONY, BABY ALIVE, MONOPOLY, MAGIC: THE GATHERING and PLAY-DOH) in addition to Hasbro’s Gaming Business, and its portfolio of Partner and Emerging Brands. His extensive expertise and leadership in brand building, digital marketing and media, omni-channel retail strategies, consumer products, licensing, acquisitions, entertainment and talent development have contributed to the transformation of Hasbro’s business globally and the successful formulation and execution of Hasbro’s global strategy. In addition to serving on Hasbro’s Board of Directors, Mr. Frascotti is a member of the Board of Directors of Corus Entertainment in Toronto, Canada, and a member of the Board of Directors of Discovery Family Channel, a joint venture between Hasbro and Discovery Communications. He also is the chairman of Hasbro’s IP Security Committee, a member of Hasbro’s Global Information Systems Steering Committee, and a Board Member of the Hasbro Children’s Fund. Mr. Frascotti was recognized by Forbes Magazine as one of top 5 most influential CMO's amongst the top 500 companies in Forbes Global 2000 Biggest Public Companies list. He is a member of the Board of Directors of the Serious Fun Children’s Network, a global network of camps for seriously ill children, and the Advisory Board of Newman’s Own, which provides high-level advice and assistance on strategic matters to both Newman’s Own Foundation and the food company, Newman’s Own, Inc. Before joining Hasbro, Mr. Frascotti served in several senior executive positions at Reebok International Ltd., including Senior Vice President of the Sport Division where he managed the company's largest global business segment, Senior Vice President of Acquisitions and Licensing, and Senior Vice President of Sports Marketing. He also served as President and COO of myteam.com. Mr. Frascotti began his career in entertainment law working at leading law firms including Mitchell, Silberberg & Knupp in Los Angeles and Palmer & Dodge in Boston. Mr. Frascotti received his BA in Economics from Yale, where he graduated Phi Beta Kappa and Summa Cum Laude, and his law degree, Cum Laude, from Harvard. 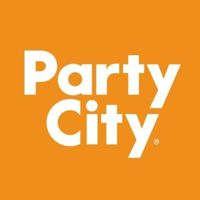