Gary Romano, M.D., Ph.D., has served as the Chief Medical Officer since September 2019. Prior to that, Dr. Romano worked at Janssen Global Services, LLC, a pharmaceutical company, where he served as Head of Development, Alzheimer's Disease / Neurology from May 2013 to September 2019 and as Head, Neuroscience Biomarkers from 2009 to 2013. Prior to Janssen, Dr. Romano served in various senior leadership roles at Johnson & Johnson, a healthcare company, and Merck & Co., Inc, a global biopharmaceutical company. Dr. Romano has held an adjunct clinical faculty position in the Department of Neurology at the Lewis Katz School of Medicine at Temple University since January 2017. Dr. Romano received a B.S. in Biology from Trinity College, a Ph.D. in Molecular Neuroscience from Rockefeller University and an M.D. from Johns Hopkin's School of Medicine, and he completed his post-graduate training in Neurology at the University of Pennsylvania. 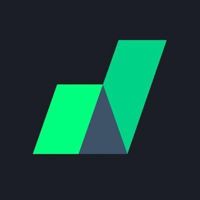