Reinhard is an original FinTech veteran. Reinhard’s career began as a business architect for global consulting firm Accenture contracted to redefine the global banking system for clients such as Credit Suisse, UBS and Invesco. He then served as a principal for French tech giant Capgemini. In 2003, Reinhard co-founded Alternative Invest Finance AG, an independent hedge fund operator, where he managed alternative assets in excess of $250M. Reinhard received a MSc in Computer Science, an M.A in law, as well as an MBA from Danube University. 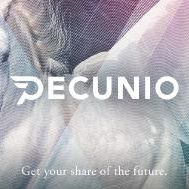