Bill joined Pendragon on 18 April 2019 as Non-Executive Director, and since October 2019, has performed the role of Interim Executive Chairman, before being appointed to Chief Executive Officer on 19 February 2020. Prior to joining Pendragon, Bill had an extensive executive career with AutoNation, the largest automotive retailer in America, where most recently he served as President and Chief Operating Officer. Bill will continue to perform the role of Chairman on an interim basis while the process for the recruitment of a permanent Non-Executive Chairman continues. 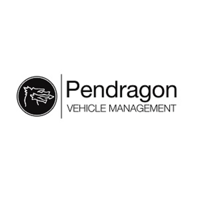