Chief People and Culture Officer at Pets at Home

Louise joined Pets at Home in 2004 as Head of Legal and Company Secretary, and was promoted to Group Legal Director and Company Secretary in 2008. She became Chief People and Legal Officer in 2017 as well as continuing in role of Company Secretary until 2019 when she became Group Chief People and Culture Officer reflecting the broadening of Louise’s role to incorporate the Group’s social purpose strategy. Louise is also the Chair and Trustee of the charity, Support Adoption For Pets. Louise graduated from Nottingham University with an LLB (Hons) and joined CMS Cameron McKenna as a trainee solicitor. After qualifying as a Corporate solicitor in 1999, Louise moved to DLA Piper LLP as an associate in the Corporate Team. 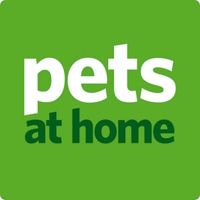